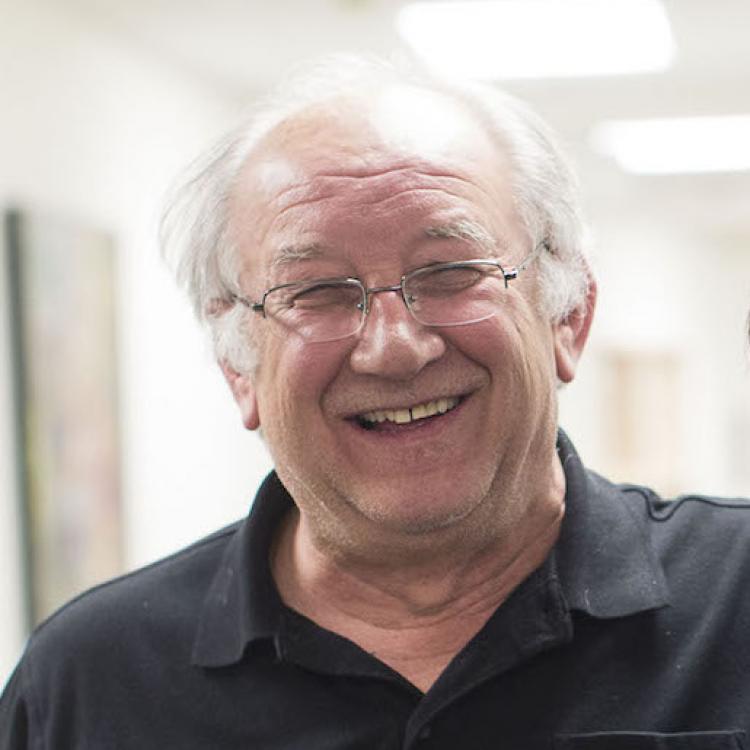 Dr. George Hancock-Stefan is passionate about teaching and preaching nationally and internationally. In addition to teaching at Palmer Theological Seminary, he has taught Church History, Baptist Polity, and Missions at Wheaton, Princeton Seminary, New Brunswick Seminary, and New York Divinity School. George has been pastoring Central Baptist Church in Atlantic Highlands since 1990 and currently serves as the President of the American Baptist Churches of New Jersey’s Executive Council.

George also travels frequently to Romania and Serbia, where he has taught at The Universities of Bucharest and Beograd. He recently raised funds to build a church in his hometown of Grebenat and his doctoral dissertation, The Impact of the Reformation on the Romanian People from 1517-1645, was translated into Romanian and is frequently used as a seminary textbook there.

In the 1970s, George was the Executive Director of the Romanian Missionary Society in Wheaton, IL. Since then, he has served as a board member and recently wrote a history of the organization for their 50th anniversary. The relationship between Evangelicalism and Orthodoxy is of special interest to him, since those beliefs are so prevalent in Eastern Europe. He contributed to Three Views on Eastern Orthodoxy and Evangelicalism (Zondervan), which was translated into Romanian and Serbian. At the Lausanne-Orthodox Initiative in 2018, Three Views was presented as an exemplary book discussing the relationship between Eastern Orthodoxy and Evangelicalism.

George is married to Ginny, who is the music director at their church. He is the father of four daughters and Buni (grandfather) to three grandchildren.

Church in Mission through History

Theology and Missions of Eastern Orthodoxy

Theology of the Reformation

Introduction to the New Testament (undergraduate)

“The Gospel and the City: Four Baptist Churches in Twentieth Century New York City” in Baptists and Culture, which will be published by Baylor Press in 2021

In Baptist History and Heritage: “The Impact of the Sons and Daughters of Slaves from the South on the Romanian Churches during the Communist Era” (2013)